The main objective of this workshop is to discuss hyper-heuristics and related methods, including but not limited to evolutionary computation methods, for generating and improving algorithms with the goal of producing solutions (algorithms) that are applicable to multiple instances of a problem domain. The areas of application of these methods include optimization, data mining and machine learning [1-18,23].

Automatically generating and improving algorithms by means of other algorithms has been the goal of several research fields, including Artificial Intelligence in the early 1950s, Genetic Programming in the early 1990s, and more recently automated algorithm configuration [1] and hyper-heuristics [2]. The term hyper-heuristics generally describes meta-heuristics applied to a space of algorithms. While Genetic Programming has most famously been used to this end, other evolutionary algorithms and meta-heuristics have successfully been used to automatically design novel (components of) algorithms. Automated algorithm configuration grew from the necessity of tuning the parameter settings of meta-heuristics and it has produced several powerful (hyper-heuristic) methods capable of designing new algorithms by either selecting components from a flexible algorithmic framework [3,4] or recombining them following a grammar description [5][9].

Although most Evolutionary Computation techniques are designed to generate specific solutions to a given instance of a problem, one of the defining goals of hyper-heuristics is to produce solutions that solve more generic problems. For instance, while there are many examples of Evolutionary Algorithms for evolving classification models in data mining and machine learning, the work described in [8] employed a hyper-heuristic using Genetic Programming to create a generic classification algorithm which in turn generates a specific classification model for any given classification dataset, in any given application domain. In other words, the hyper-heuristic is operating at a higher level of abstraction compared to how most search methodologies are currently employed; i.e., it is searching the space of algorithms as opposed to directly searching in the problem solution space [9], raising the level of generality of the solutions produced by the hyper-heuristic evolutionary algorithm. In contrast to standard Genetic Programming, which attempts to build programs from scratch from a typically small set of atomic functions, hyper-heuristic methods specify an appropriate set of primitives (e.g., algorithmic components) and allow evolution to combine them in novel ways as appropriate for the targeted problem class. While this allows searches in constrained search spaces based on problem knowledge, it does not in any way limit the generality of this approach as the primitive set can be selected to be Turing-complete. Typically, however, the initial algorithmic primitive set is composed of primitive components of existing high-performing algorithms for the problems being targeted; this more targeted approach very significantly reduces the initial search space, resulting in a practical approach rather than a mere theoretical curiosity. Iterative refining of the primitives allows for gradual and directed enlarging of the search space until convergence.

As meta-heuristics are themselves a type of algorithm, they too can be automatically designed employing hyper-heuristics. For instance, in 2007, Genetic Programming was used to evolve mate selection in evolutionary algorithms [11]; in 2011, Linear Genetic Programming was used to evolve crossover operators [12]; more recently, Genetic Programming was used to evolve complete black-box search algorithms [13,14,16], SAT solvers [22], and FuzzyART category functions [23]. Moreover, hyper-heuristics may be applied before deploying an algorithm (offline) [5] or while problems are being solved (online) [9], or even continuously learn by solving new problems (life-long) [19]. Offline and life-long hyper-heuristics are particularly useful for real-world problem solving where one can afford a large amount of a priori computational time to subsequently solve many problem instances drawn from a specified problem domain, thus amortizing the a priori computational time over repeated problem solving. Recently, the design of Multi-Objective Evolutionary Algorithm components was automated [21].

There is considerable scope to learn more about the factors that influence the quality of algorithms generated by hyper-heuristics, such as the impact of the meta-heuristic exploring the algorithm space. An initial study compared the performance of algorithms generated by hyper-heuristics powered by five major types of Genetic Programming [18]. Another avenue for research is investigating the potential performance improvements obtained through the use of asynchronous parallel evolution to exploit the typical large variation in fitness evaluation times when executing hyper-heuristics [20].

We welcome original submissions on all aspects of Evolutionary Computation for the Automated Design of Algorithms, in particular, evolutionary computation methods and other hyper-heuristics for the automated design, generation or improvement of algorithms that can be applied to any instance of a target problem domain. Relevant methods include methods that evolve whole algorithms given some initial components as well as methods that take an existing algorithm and improve it or adapt it to a specific domain. Another important aspect in automated algorithm design is the definition of the primitives that constitute the search space of hyper-heuristics. These primitives should capture the knowledge of human experts about useful algorithmic components (such as selection, mutation and recombination operators, local searches, etc) and, at the same time, allow the generation of new algorithm variants. Examples of the application of hyper-heuristics, including genetic programming and automatic configuration methods, to such frameworks of algorithmic components are of interest to this workshop, as well as the (possibly automatic) design of the algorithmic components themselves and the overall architecture of metaheuristics. Therefore, relevant topics include (but are not limited to):

Workshop papers must be submitted using the GECCO submission site. After login, the authors need to select the "Workshop Paper" submission form. In the form, the authors must select the workshop they are submitting to. To see a sample of the "Workshop Paper" submission form, go to the GECCO submission site and select "Sample Submission Forms". Submitted papers must not exceed 8 pages (excluding references) and are required to be in compliance with the GECCO 2020 Papers Submission Instructions. It is recommended to use the same templates as the papers submitted to the main tracks. It is not required to remove the author information. All accepted papers will be presented at the corresponding workshop and appear in the GECCO Conference Companion Proceedings. By submitting a paper, the author(s) agree that, if their paper is accepted, they will: 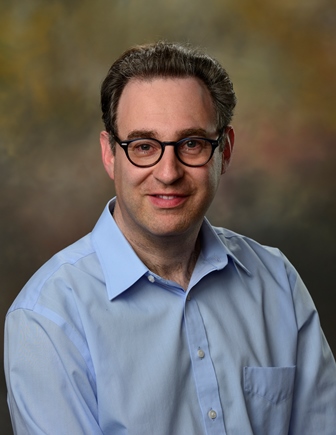 Daniel R. Tauritz is an Associate Professor in the Department of Computer Science and Software Engineering at Auburn University, a cyber consultant for Sandia National Laboratories, a Guest Scientist at Los Alamos National Laboratory (LANL), the founding director of AU's Biomemetic National Security Artificial Intelligence (BONSAI) Laboratory, founding academic director of the LANL/AU Cyber Security Sciences Institute, and the Chief Cyber AI Strategist of the Auburn Cyber Research Center. He received his Ph.D. in 2002 from Leiden University for Adaptive Information Filtering employing a novel type of evolutionary algorithm. He served previously as GECCO 2010 Late Breaking Papers Chair, GECCO 2012 & 2013 GA Track Co-Chair, and every year since 2015 as co-chair of the ECADA workshop and co-instructor of the hyper-heuristics tutorial, both at GECCO. For several years he has served on the GECCO GA track program committee, the IEEE Congress on Evolutionary Computation program committee, and a variety of other international conference program committees. His research interests include the design of hyper-heuristics and self-configuring evolutionary algorithms and the application of computational intelligence techniques in cyber security, critical infrastructure protection, and program understanding. He was granted a US patent for an artificially intelligent rule-based system to assist teams in becoming more effective by improving the communication process between team members.

John R. Woodward is a Lecturer in Computer Science at the Queen Mary University of London, within the School of Electronic Engineering and Computer Science and for the previous four years was a lecturer at the University of Nottingham. He holds a BSc in Theoretical Physics, an MSc in Cognitive Science and a PhD in Computer Science, all from the University of Birmingham. His research interests are Operational Research, Optimization, and Genetic Programming. He has over 50 publications in Computer Science, Operations Research and Engineering which include both theoretical and empirical contributions, and given over 100 talks at international conferences and as an invited speaker at universities. He has worked in industrial, military, educational and academic settings, and been employed by EDS, CERN and RAF and three UK Universities.